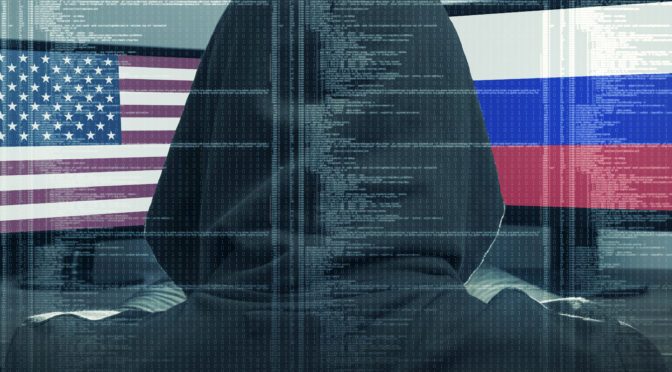 Multiple news organizations are reporting that Russian operatives and ‘troll farms’ worked together and intentionally targeted specific groups of individuals with fake news stories. This news seems to support multiple investigations, by U.S. intelligence agencies, that Russia interfered with the 2016 US presidential election. Adding to the current political environment, political influence by foreign agents or entities is against federal law.

According to reports from the Washington Post, The Independent, and others, Russian ‘trolls’ used multiple Facebook accounts to circulate fake news stories and promote those profiles by way of $100,000 ad spend. It is apparent, based on U.S. intelligence investigations and recent reporting that Russian operatives did use social media and fake news to influence the outcome of the 2016 presidential election between Hillary Clinton and Donald Trump.

There is little evidence that directly shows how influential Facebook is with users. However, some simple statistics suggest that social media has a massive impact on the zeitgeist that propelled the results of 2016 electoral process and end-result. The primary goal was to sew confusion, obfuscate the truth, and drive chaos during the election…and after.

According to a report from Pew Research, 62% of U.S. adults get their news from social media sites. As of 2016, there were an estimated 197.7 million users [Source: Sttista.com] and 200 million registered voters in 2016 [Source: Politico.com]. It is very easy to assume that if fake news stories took hold, it would be very difficult to stop the ground swell.

Also consider some of the top fake news headlines swimming around Facebook in 2016:

Thus, between the DNC leaks, email leaks, and fake new stories, it is very easy to sway political opinions when some facts are backed by worse false news. Yellow journalism has been around since print but fake news is the new alternate fact machine that people can use to support their unfounded and uneducated positions. Moreover, when the average reading level in the United States is 7th to 8th grade the ability to move public opinion from one candidate to the next may be much easier than one may imagine.

Again, this is much easier than you may think. Facebook’s advertising platform is very comprehensive. You can target by age, location, city, state, country, likes, interests, and much more. With this type of targeting ability, it is very easy to spread false and negative narratives with very little cost and very little effort.

In addition, the object of these campaigns was not a high bar. Operatives did not need to generate actions, phone calls, or completed contact forms…they only needed likes and shares. That is a much lower bar for a conversion metric. Consider…you only need to spread the word and sell the word. No need to have anyone buy a thing. The notion of a false narrative can be enticing enough especially if you don’t like the subject or party of the article in question. Thus, targeting a voting population that fits your specific requirements is very easy to find and easy to manipulate if they share your world view or have even the slightest disdain for a candidate, party, or individual.

What is Facebook doing about this…more importantly, what is the U.S. Government doing about protecting the United States from fake news, political hacking, and known Russian interference in the 2016 election?

Facebook, according to the Washington Post, has shut down the accounts that were active and plan to remain ‘vigilant’ and ‘keep ahead’ of people who try this in the future. I feel much safer and I am sure you do as well.

More importantly, what are the U.S. intelligence agencies doing to prevent Russian hacking, fake news, and corruption or our political system? From what I can report to you, at this time, nothing. Not a thing. A endeavor of this nature would require congressional movement and a signature by the President of the United States.  There is no disagreement for the ENTIRE U.S. Intelligence community…Russia hacked our elections, spread fake news to sew chaos, and specifically wanted Donald J. Trump to win the 2016 election. Now the biggest question remains…did the Trump collude with the Russians to make all of this happen? We may know sooner than we think.

So, my dear readers, how in the world does this have anything to do with digital marketing and advertising? It has everything to do with it. The trust all of us have in the ‘4th estate’ [the media], the importance of a free press, and our collective reliability on sources that can truly investigate what is true and what is not is paramount to our digital freedom. Donald J. Trump continues to call the press, “fake news” and “is the enemy of the American people.”

With so many of us reliant on social media for our news…what are we to believe? If we cannot trust our press then who can we trust? Our president? Our government agencies? Our Fortune 500 business leaders? Our local business leaders? The second we lose faith in news organizations and media entities that allow [or disallow] news stories…it is the very moment the fabric of our free society begins to shake and crumble.

Thus, we must make sure we review and confirm all our news sources. Check them more than once. Verify what you are sending and from where you are sending it. More importantly, as small and medium sized business owners, what you post online may be more important now than ever before. Truth, authority, and honesty is what all of us need. Sunlight is the best disinfectant as they say…and it will do all of us great justice now and in the long term to consider what happens next.