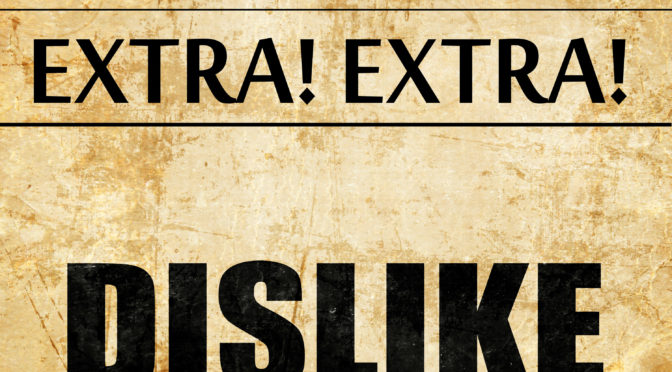 There have been some pretty massive stories coming out about Facebook, the 2016 election, and your data. Below are some big reasons why this is trouble for Facebook and why this may spell trouble for your advertising. Let’s start with the top-line information:

So what does all of this mean? Well, for those that follow Searchology…not much. We already know how to use social media the right way. We know that a healthy social media mix is important to reaching out and informing our audience. But from a higher perspective, this will force major social platforms to change how they are treating our data and what they do with our information.

This could spell TROUBLE for your brand and company if you rely too heavily on social media to get the word out or achieve peak awareness. A careful mix of content, information, clarity, and honesty are the primary needs of all social media users. Fill that gap…win social media. Yes, nearly 50% of Internet users are getting their news from social…however, we are reaching a point where promoted stories will be ignored, brands will be switched off, and ‘friends’ will be unfollowed as well.

Watch this space, dear readers. Watch closely. No reason for panic…but every reason to use critical thinking moving forward.

Online spying and privacy is the biggest issue that media is not talking about…at all.

There is something big coming around the bend. Our online privacy, freedom of speech, Constitutional rights and our very personal freedom is now inches away from being lost forever. This is not conspiracy theory nor is is some tin-foil-hat crazy talk.

We are embarking on a new terrible reality: everything we do and say online can and will [ultimately] be used against us in the court of public opinion, by our employers, by our prospective employers, by our government. But you won’t hear about any of this in the main stream media. You won’t hear any of this coming on your local news but it is the most important issue facing our collective rights and our very democracy. Why is this not in the news and why are we all terribly uninformed?

Wired recently reported on the NSA building the nations biggest spy center. The center is designed to protect the US from cyber attacks but holds incredible computing power and can spy on US citizens as well. So you may think, well a little loss of our privacy and freedom in exchange for our collective security is okay. You should reconsider and quickly.

After 911 our world was turned upside down and the events of that day haunt us all and the impact is much greater than we could have ever possibly thought of or considered. In a recent article on The Raw Story, describes a journalist who was targeted by the US government for her work on the Occupy Wall Street movement. The US agency tied her work on OWS to some  type of terror group…which in turn led to her termination.

“There is no provision in there to protect journalists at all, or anyone. Anybody can be swept up under this. You don’t want to hand these kinds of powers to the state, because history has shown that, eventually, they will use it.” Chris Hedges from The Raw Story

Employers and potential employers want to spy on you

It is not just the US government who wants to spy on you – employers are asking for Facebook passwords. CNN and several other news organizations have recently reported on job candidates and current employees being asked for their passwords to Facebook and Twitter accounts. To compound this massive intrusion of privacy, the US House of Representatives recently shot down a proposed law which would make asking for passwords by employers illegal. Facebook states that-

This is not stopping would-be employers,current employers or the US government from spying and is as good as pouring acid on the Constitution. Where is the media on this? The main stream media is busy blowing smoke at all of us with the year long presidential election cycle. It has juicer headlines and makes for a continual loop of ‘he said she said’ which continually keeps many of us literally turned off from potentially important information.

We as a society have decided to become stupid and have an average reading level of 8th to 9th grade. We buy everything that is put on the media sales block and look no further than our selected sources…which are primarily based on closed world views and not on facts. Case in point: Fox News views know less than those who don’t watch news at all.

We as a society need to make a big decision…and it will be a decision that will impact all of us, our children and our concept of democracy. Where does our privacy begin and exactly what is privacy? What is the media’s responsibility to report responsibly? The longer we collective ignore the massive implications of freedom of speech, freedom of the press, and freedom of expression…the closer we get to a totalitarian government.

Your off your rocker and are throwing out conspiracy theories.

In order to call an event a conspiracy we only need: 1. act of plotting 2. two or more people planning an illegal or wrongful act 3. an agreement by two or more persons to commit such an act. The Supreme Court recently ruled that [Citizens United] corporations are people.

If this is the case…then Verizon, AT&T and other massive entities have and are continuing to cooperate with the US to spy on Americans. The very same companies have shares and are owned by major cable providers which control media and communication methods. Consider NBC Universal who is owned by Comcast. Moreover, these very corporations are not covering the online privacy issue because it is not in their best interest. If our government can data mine from it’s citizens…then the corporations can to right? Right.

It is our duty to pay great attention to our rights, freedoms and hold those accountable for failing to tell the truth and for withholding the truth. We may have very few opportunities to protect ourselves form very dark and sinister results. My post [possible rant] is not about a rebellion or revolution…it is about protecting ourselves and our freedom. Knowledge is power. Knowledge in the wrong hands is dangerous.

Meanwhile…Goldman Sachs may have ties to an online sex trafficking ring…but this type of activity or association poses no direct threats to national security…therefore let us look the other way.

As it turns out, I am not the only one who has been banned. For starters, I’m not sure why I was banned and it flies in the face of being social online. One would assume that reaching out to friends, family, and sending several messages in a day or within a 24 hour period would be the norm. Facebook does not see it that way. Apparently, if you send out too many messages in a short period of time the Facebook powers will block your ability to send out messages.

For a split second I felt pretty terrible, as if I was some type of SPAMMING monster hiding under the bridge waiting for the opportunity to hit all my friends with the latest AMWAY product. Better yet, sending out the newest multi-level marketing ploy which only the tops in the program make money and all others pay for conventions and books created by compete idiots.

After running a few searches for “banned from Facebook” and “blocked from Facebook” I found hundreds of threads and posts about the subject. As you may imagine, the vast majority of responders regarded the situation as downright mean, unwarranted, and counter productive. If you can’t be social and are limited to HOW SOCIAL YOU CAN be….what is the point?

I certainly understand the need to protect others from SPAM, stalkers, unwanted-long-lost-connections, and repetitive messages. I also understand that there may be only so many messages Facebook can send through their servers. However, the rules are very unclear as to how many messages and message types any person can send out. These are the possible reasons for becoming banned on Facebook, but I would submit another, yet more dubious reason: Facebook may be in the process of testing the waters for some type of social media model which you will have to pay for via subscription.

According to the Facebook Blog, they have 100 million users and growing. This could be a huge cash cow. How many users would drop out if they came out with a subscription based social media service? Is this not the very nexus of a oxymoron?  Be social, but not too social. Be found but don’t reply too much or too often. Put your social life up for the world but be sure to reign it in. I wonder if Facebook punishes business or fan pages for posting messages…I think not.

Based on all of the posts I have read, I may be banned for 24 hours and on some type of watch list thereafter. Social media was created for individuals to be social and if you can’t be social in a legitimate way via online interaction, why be social online at all? It was not my intention to go on a rant, but share the experience on the Searchology blog as a message to all you social media users out there; if you are too social on the biggest social media network, Facebook, they’ve got your number.